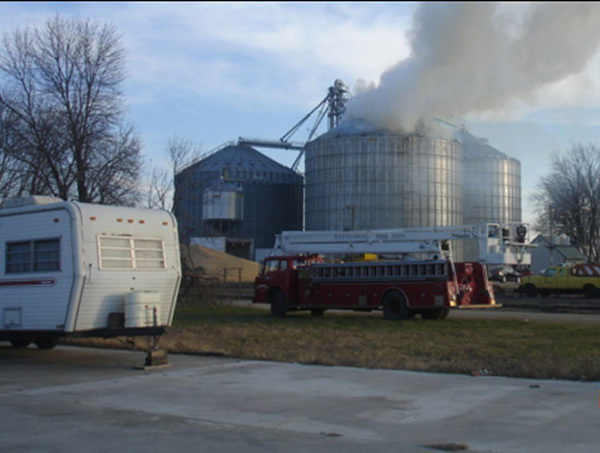 This article is second in a two-part series from “Stored Grain: Fire Initial Response Plan,” a white paper written by Nationwide.

What does a salvage company do to manage a grain fire?

A salvage company safely helps the insured to retain (salvage) as much good grain from the grain storage structure as possible.

The following are different methods salvage companies use to retain good grain. Because salvage company professionals have been trained in these activities, it is important that operators not attempt any of these actions without direction from a salvage company:

Working with the local fire department

All firefighters have been trained to put water on fires. If you prefer a different response, the fire department needs to know why that is appropriate.

Know your options. There are many variables to consider when handling a grain fire.

Each grain fire is different. Sometimes, putting large amounts of water on a grain fire is not the best approach. It is best to understand all options.

Consult professional advice and direction for your particular circumstances and concerns.

- From the September/October 2020 Grain Journal

High-Visibility Clothing: A Necessary Safety Item That Also Sends a Message to Customers