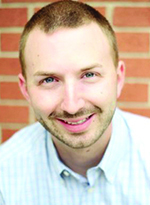 This article is based on a webinar presented by Michael Blough, PE, project engineer, Clear Creek & Associates, Goshen, IN (574-537-9060), held in late February as part of the Grain Elevator and Processing Society’s Online Exchange Conference.

When it comes to steel bins, the development of corrosion is one of the most important issues to monitor. One of the main areas where corrosion will occur is at the base of the bin. You may see it on the exterior of the bin, but it occurs more commonly inside.

Corrosion leads to deterioration of the steel. A sign of severe corrosion is buckling of interior stiffeners.

To help prevent corrosion at the base, emphasize complete cleanout of a bin after it has been emptied. It is common for some grain to collect around the walls of the bin. If you let it sit, the moisture in the grain eventually will lead to corrosion. During your preseason inspection, make sure to examine interior stiffeners for any sign of corrosion.

If you have repaired corroded stiffeners, you still need to keep a very close eye on them. Often, if the repair was completed without an engineering review, the repair may not be sufficient to resist the bin loading and lead to stiffener buckling, or worse, bin failure.

If a stiffener is too long for the repair, an amount of stiffener will overlap with the existing stiffener, rather than transferring load through the cross-section. In the scenario pictured on p. 77, the overlap presses against the bin. Over time, this can lead to the bin sheets buckling.

It is recommended for concrete anchors to be kept away from the edge and located in the middle third of the stemwall.

When anchor bolts are too close to the edge, it can cause spalling or cracking in the concrete near the anchor. Untreated spalling may lead to further deterioration of the concrete.

Fixing this issue typically warrants the installation of a concrete band around the structure to increase the edge distance of the anchor bolts. During the preseason, look around for cracking or spalling near anchorage points.

Regarding exposed anchor bolt threads, It is recommended that two threads be exposed on new bolted connections. When inspecting older connections, the bolt should be flush with the top of the nut, at minimum.

When there are fewer threads engaged with the nut, there will be a higher stress concentration on the remaining threads engaged, and damage to the bolt could occur. You want the load to be applied equally throughout the bolt.

Concrete storage will experience wear slowly, as the abrasive grain material is in contact with the wall surface. Over time, it may lead to exposed steel reinforcement on the interior walls.

Cracking in the concrete may start to form on the exterior surface. Untreated cracking leads to moisture infiltration, as well as delamination, which as pictured on p. 79. Delamination is when the concrete separates from the reinforcement. If unrepaired, you’ll start to experience spalling and further deterioration.

Guy wires can easily overlooked in an inspection. It’s important to understand the amount of load being supported by the wires and where the wires are being anchored. Ensure that there is enough support.

If your guy wires are being supported by a steel bin, they are likely unable to support the load. Manufacturers typically do not recommend guy wire attachments to bins. Attachments should be made on columns or foundations – something strong enough to support the load – and always reviewed by a qualified structural engineer.

Interference. Another part of preseason inspection should be to check for areas of interference with structural steel members. Interference can occur when an opening or spout is in the way of a structure.

Keep your eyes out for areas around your facility where interference has occurred, as some modification could be needed. Some consultation with a qualified structural engineer may be needed, depending on the severity of interference.

Modification. For areas where interference has been addressed previously, check the modifications to verify they are working as intended and that nothing has moved or shifted.

Poor modifications done without a design expert or structural engineer can lead to a transfer of weight to another area that’s unable to bear it.

Haphazard modifications also are seen with steel bins, where patches are installed with sheet screws rather than matching the bolted connection at the last splice.

Damaged flanges. Damage to flanges occurs most often by struck-by events in areas of high traffic. Severe damage can affect the ability of the structure to bear whatever load it may be supporting.

Buckled members. Buckling can occur on tall towers that were not designed with a large enough footprint to handle the vertical load.

A good rule of thumb for sizing a tower is: For every 10 feet in height, towers should have 1 foot in the plan layout. For example, a 100-foot-tall tower should measure 10 feet x 10 feet in the plan.

From the July/August 2021 Grain Journal