Opinion: Blending of Damaged Grain Must Be Discouraged to Protect Quality, Worker Health 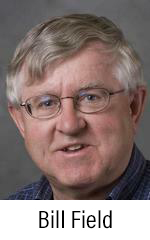 “You measure out grain with dishonest measures and cheat the buyer with dishonest scales, and you mix the grain you sell with the chaff swept from the floor.” Amos 8:6

Amos was a religious prophet who, according to the Old Testament, was sent by God to encourage just and right living and to warn his fellow citizens that trouble was on the horizon, if they didn’t mend their ways.

His messages or “sermons” were recorded as being preached during the period between 760 and 750 BC or over 2,750 years ago.

Of interest to note was that Amos was not a professional religious or political leader with an agenda of gloom and doom, but rather, as he put it, just a simple farmer raising sheep and sycamore figs sent with a message.

His continued references to agricultural practices and situations, including droughts, swarms of locusts, plowing rocky soil with oxen, and weeping farmers reflected hard-learned life lessons rather than the thoughts of a clever beltway speech writer with soft hands.

He had earned the holes in his jeans the hard way.

One of Amos’ condemnations, with which he charged the agribusiness leaders of his day, was the adulteration of grain with inferior material, or chaff, in order to enhance profit.

It appears that the grain dealers at the time, heaven forbid, were taking the sweepings from the threshing floor accumulated during winnowing and mixing it back into the good grain they were selling.

(I once heard a university grain specialist say that the concept of “blending” began when farmers moved from bags to bins. I think he missed the date by nearly 3,000 years).

In addition to being an issue of honesty, fairness, and justice, as declared by Amos, the continued practice of blending inferior, low-quality grain, chaff, dust, and other foreign material in with good grain was also a potential threat to the safety and health of the workers who handled it and consumers who ate it.

This hazard continues to be well-documented. When damaged, unconditioned grain is blended, in even relatively small amounts, into clean grain in storage, it puts the quality of all the grain at risk.

(The laws of thermodynamics come into play with the good always gravitating to bad, unless work or energy continues to be invested into the system, such as in aeration and drying.)

In other words, as a rule, the quality of grain placed in storage does not improve.

The removal of out-of-condition or spoiled grain from storage, consequently, has been identified as the single most significant contributor historically to entrapment and suffocation in grain storage and handling facilities.

Grain that has transitioned from a flowable, high-quality commodity to a crusted, freestanding pile or surface can become a death trap to any worker trying to get it to flow in order to remove it from storage.

The evidence remains clear that throughout the grain industry-from farm to ship – workers are being sent into storage facilities to break up and remove vertical and horizontal surfaces of spoiled grain and to sweep the structure clean, in order that the residuals may, in most cases, be added back into the flow of clean grain to prevent economic losses, or in some cases, to ensure greater profitability.

Since 1962, Purdue’s Agricultural Safety and Health Program has documented over 1,260 entrapments and suffocations in flowing grain.

Even though the data fails to reach back to the time of our friend Amos, the cumulative impact has been significant.

Most of these cases, as noted, involved poor-condition grain that workers were attempting to remove from storage.

Is it any surprise that this task of cleaning bins increasingly is being assigned to inexperienced seasonal and migrant workers who work for labor contractors or salvage operations?

This practice has allowed some grain operations to claim that they have “zero confined space entry” safety policies for “their” employees, while having outsiders, often poorly trained workers, to accomplish the task of cleaning out bins.

Respiratory Hazards: Proper PPE is a must in dusty business

The second safety and health issue associated with blending the bad with the good relates to worker exposure to grain-related respiratory hazards.

Not as far back, however, as Amos, the hazards associated with the inhalation of grain dust have been well-documented for hundreds of years.

In addition to grain dust, the airborne material grain workers breath in include chaff, mold spores, insect body parts, silica, and other “sweepings” from the threshing floor.

Even with tremendous advancements in implementing engineering controls, such as more effective dust collection systems and increased attention to preventing buildup of dust on horizontal surfaces, it does little good if the material collected during handling is added back in allowing workers downstream to be exposed to the same inhalation hazards.

The fact is, the grain industry remains a dusty business that puts workers’ health at risk, if they are not properly protected.

This problem has become even more complicated by the increased difficulty in obtaining appropriate respiratory protection during the current pandemic.

As first-line workers, those in the grain industry deserve the implementation of more aggressive measures to reduce their exposure to airborne respiratory hazards. One way is to keep the chaff out of the grain.

Maybe Amos’ claim that blending grain is fundamentally a spiritual and moral problem should be given further consideration. Just because the “people’s house” (Congress) has made it legal to re-introduce damaged grain and tons of floor sweepings back into the good grain doesn’t make it right.

If there was a strategy that could incentivize cleaner grain, so that everyone from the farmer to the final consumer would shoulder part of the cost fairly, the economic pressure to do the “wrong” thing might be reduced.

For example, a farmer who brings in a load of wet, moldy grain should continue to be penalized for trying to introduce an inferior commodity into the commercial flow of grain, even if it can be blended almost to the point of non-detection.

Likewise, an elevator operator who traditionally has been able to take in poor-quality grain at discounted prices, blend it into larger quantities of good grain, and sell it as meeting current grading standards also should be penalized or prohibited from contaminating good grain with bad.

Reintroducing chaff, dust, and other foreign material removed during handling and storage to a ship headed for a foreign port should not continue to be “our dirty secret.”

It only moves the hazard exposure further downstream putting other workers, and in some cases, consumers, at risk.

The loss of grain volume due to cleaning, storage, and handling simply needs to be incorporated into the cost of business that everyone shares and not used as a legal, but unhealthy profit center.

Alternative uses of the removed material also should also be considered.

Maybe there also needs to be a little less finger pointing and more attention given to the call for clean grain preached by a sheep and fig farmer 2,750 years ago.

If we complied, we would not only have a better product, but would save a few lives.

Bill Field is a professor in Agricultural and Biological Engineering at Purdue University, West Lafayette, IN (765-494-1191).

Subscribe here for Grain E-News delivered to your inbox each Thursday.